Remember - Free Shipping on Orders Over $75

Welcome to our store

USE CODE VALENTINE23 AT CHECKOUT FOR 15% OFF 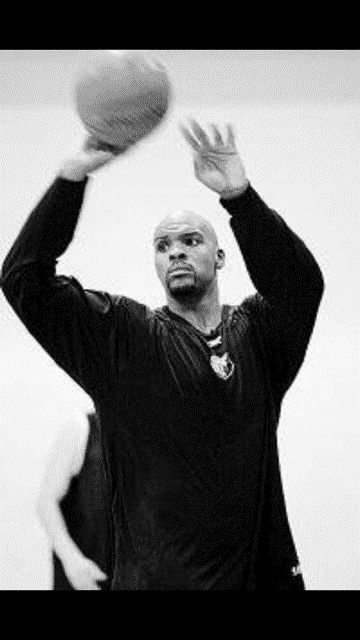 Dang. The usual me showed up again. As I watch the school bus pull out of the parking lot, the immediate thought of a frigid November walk home in Michigan weather was something you think would entice me to be on time.
As I walk back through the hallway to exit thru the back of the school, I ran into the one person that I managed to avoid my entire freshman year and thus far my entire sophomore year, as well; the varsity basketball coach. Don’t get me wrong. I loved to play basketball outside with my friends. My issue was that even though I was a 6’4” 15-year-old, I weighed upwards of 290 lbs. Running was my biggest fear. I was afraid to be fatigued and hated the fact that I didn’t run well. I was embarrassed that my entire body jiggled when I ran. It made me feel like all eyes were on me.
“BUTLER!” He yelled. “I thought you were coming out for the team this year.”
As I held the nauseating feeling that shot through my body, I told him I was supposed to be home, but I missed my bus.
“Tryouts start today, and since you are here, you might as well stay and give it a shot,” he said.
As I stood there thinking of every possible way to become invisible, I had no choice but to walk with him towards the gym. He had literally cornered me because I must have had the look of a man about to flee and start the police on a high speed chase.
The rest of the evening was a blur. My fear of running and being tired created numbness throughout my body. This seemed to make me immune to the fact I wanted to fake an injury with each sprint we ran. I do remember making a shot and the junior varsity coach saying, “Big fella’ has some touch.”
After two more days of avoiding my urge to stop at the very first sign of fatigue, the coach called me over and asked if I had ever been on a basketball team before. I told him no.
“Well, don’t expect ANY playing time, but if you work hard, you may have a chance to be a player one day.” Then he finished with the words, “I’m gonna keep you around. You can leave now.”
I told him thanks then went to grab my things not really knowing what just happened. Did I make it? Was I just a practice player? The next day I saw a group of the guys from tryouts looking at a sheet on the wall outside of the gym. There was my name: Reggie Butler, Junior Varsity.
Looking back on that time, which led to my scholarship to a major Division One university and playing professionally for ten years, I can confidently say that was the moment that began the demise of lazy ‘ole me.
Reggie is a former professional athlete now in the hospitality industry, with aspirations of completing his first book “Nothing Confines Me”. He has transformed as a “nonchalant, lazy but a good kid” into an adult with aspirations to motivate others to hit their peak.
I met Reggie a year ago, and realized he is a true testament of being humble, for sure one of a kind individual with a powerful voice. Look forward “Nothing Confines Me”