Declare Your Intention and Stand Back 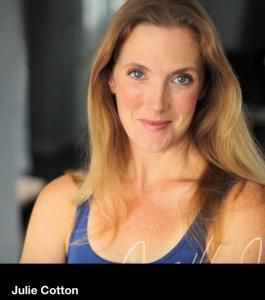 My name is Julie Cotton. I am a 37-year-old actor, teacher, and healer. It was a childhood dream of mine to become an actor. I remember sitting in the school gymnasium back in Phoenix, AZ, as a 9-year old girl and watching a touring Children’s Theater company by the name of Childsplay perform for our school. I was transported into the world the actors created and I said, “I am going to do THAT when I grow up!” And I did! When I was 21, I began touring with that very company for 5 seasons bringing theater arts to another generation of young people in Arizona.

I went on to study acting through undergrad and graduate school, performed at theaters all over the southwest, New Jersey, New York, Florida, even Chicago. I always felt comfortable in front of a live audience, whether it was musical theater, improv, even karaoke. I had only dipped my toe into the world of film and television with some industrial training videos and independent films. 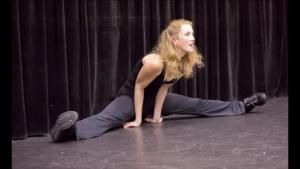 Flash forward to last year, 2014, when I rediscovered the value of declaration. I participated in Gratitude Trainings in Fort Lauderdale, Florida, and as part of the Masterful Living program, I declared that I would get an agent and begin auditioning for film and television down in South Florida within a specified 30-60 day time frame. With that, the Universe began to open door after door for me. Within a week, I had 2 agents and my first audition scheduled for a national commercial. At two weeks, a dozen more auditions and some callbacks. Within a month I had booked a role on a new pilot TV show which was approved by the network and just aired on Nickelodeon July 6, 2015. Life is good!